Speedometer Reset to all Zero’s

Basically gotta remove your dash panel….unscrew the speedo from the dash panel tin….remove the pointer by lightly pulling up on it….remove the two screws that hold the faceplate….remove 2 more screws from the top mount cross bar….slide the odometer to the left and it should pop out…if the plastic piece that holds the tumblers is still there pop it off the tumblers and reset to zero by lining up all 5 tumblers….If not, make one out of rigid plastic bottle (I used an old plastic juice bottle and cut it out using an exacto knife)…
When putting it back togther, make sure that the 3 tumblers fit down over that piece of metal sticking up and the rolling gear on the right fits back together…hope this helps!

If you have the odometer wheel out just hold it in your left hand with fingers holding the first metal tab(left to right) and turn the gear with other hand until you have 9 in the ten thousand place. Then just keep holding the first metal tab and now hold the second metal and turn until you have 99***. Then you do the same for the rest until 99999. Then I just reinstall the wheel and then turn the speedo by hand a few turns until 00000. Hope that helps.

here’s a picture to help….The 2nd pic shows how the 3 tumblers fit back down over the metal piece… 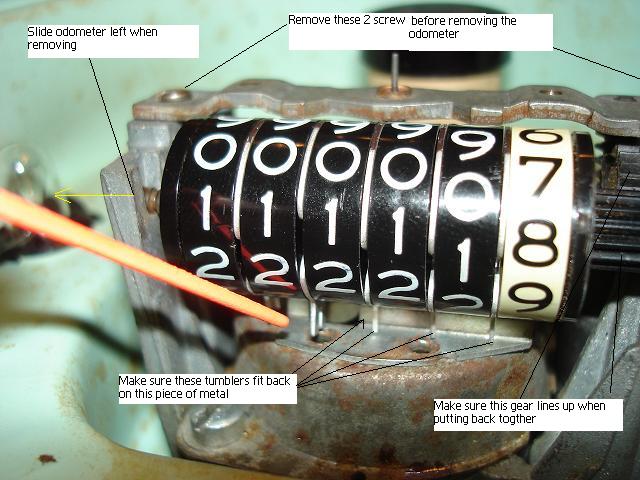 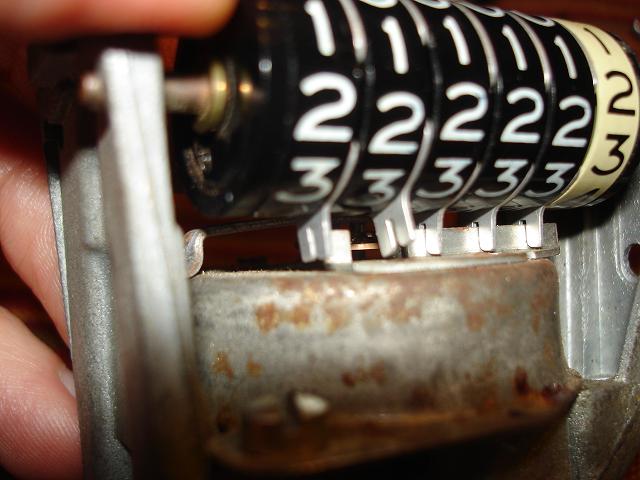 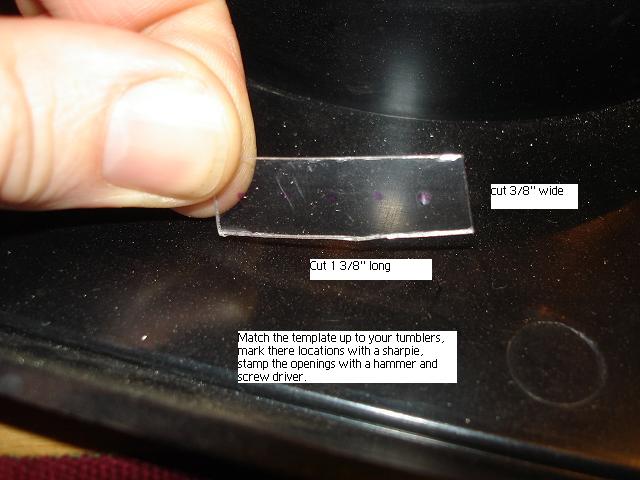 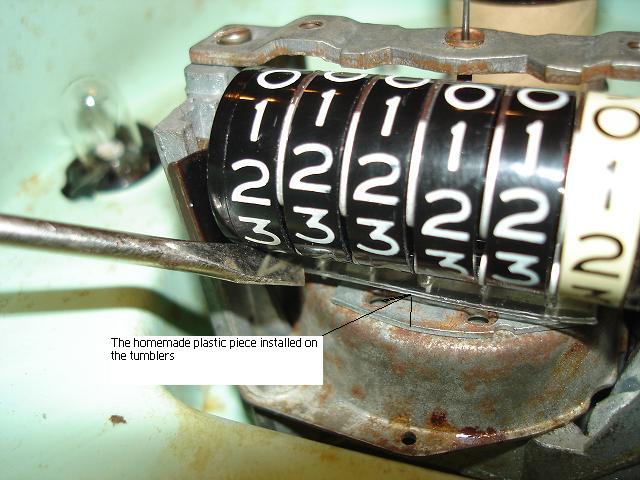 use a old wall mart gift card!! plastic bottles or milk jugs dry up and crack apart in the heat!!i live in Arizona, and extreme heat caused mine to break(tried milk jug) they also shrink & deform with heat…wallmart is good for something!!!  just cut the slots out with exacto knife.

Just a heads up…

It will come out that way – I have done it – just go slow and you will eventually be able to get it out and back in without taking off the needle.

Reinstall is the exact opposite – making sure that all the items listed above are adhered to.

From the Truck Forum posted by AirSpeed

I have driven off with my parking brake partly engaged on a couple occasions and today I had a brain flash! I mounted a brake light switch that is normally open on the parking brake bracket, I grounded one of the two lugs to the bracket and ran a wire from the other lug to the brake wire on the master cylinder. Now when the key is on and the parking brake is engaged the “brake” light in the dash lights up until I release the parking brake. It was a ten minute operation and works perfectly. 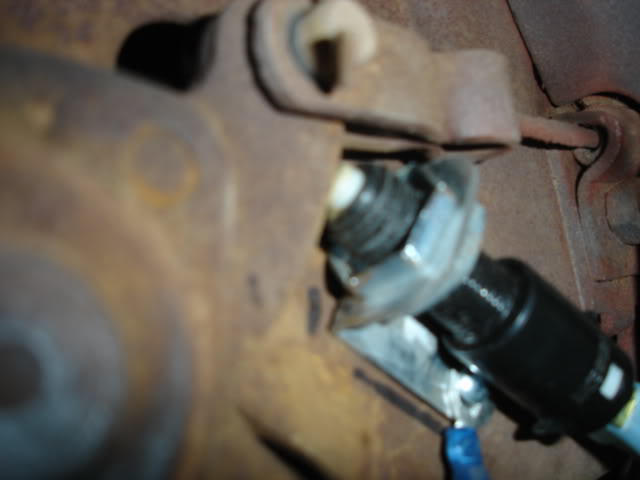 Showing switch position with brake off 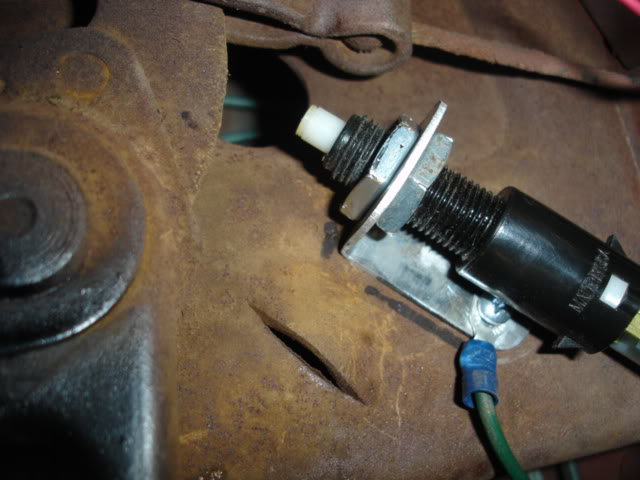 One side of the switch goes to the ground lug, the other to the wire on the Master Cylinder.

Updates to the thread were made by Bruce88 and include this.

Since my parking brake assembly is not installed it was easier to show this mod with some dimensions and a wiring diagram. If you’re interested see my build (post #421) http://67-72chevytrucks.com/vboard/s…60#post4264460 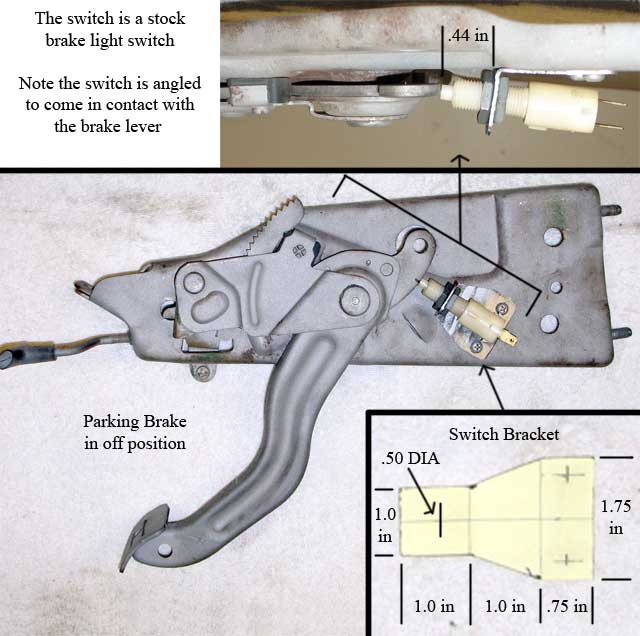 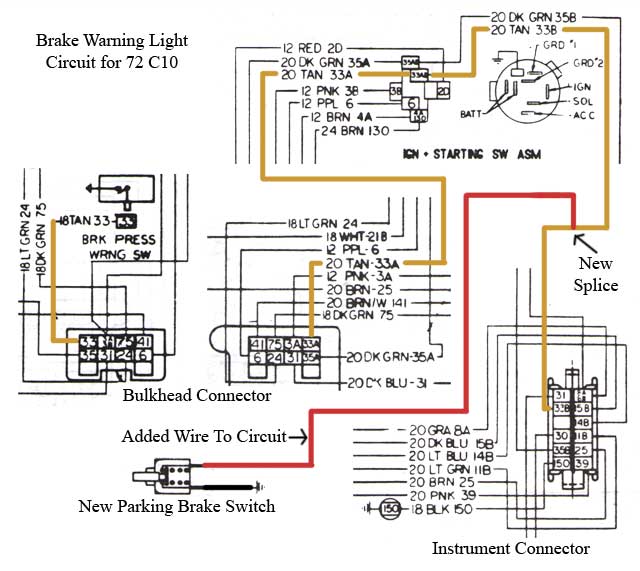 Dakota Digital is proud to introduce the BIM Expansion modules for Dakota Digital VFD and VHX instrument systems. The introduction of the Dakota Digital BIM modules allow you to add up to an additional 16 gauges, that’s right we said SIXTEEN specialty gauges to your vehicle without the need to cut extra holes in the dash or installing pillar and pod mounts to your columns or under the dash.

Scored these at a great price, will be using them in Trippin Hazard!!

I have the VHX with white needles and analog clock

The EZ-EFI 2.0® Fuel Injection System from FAST™ revolutionized not only the fuel injection market, but fuel injection system looks as well. This EZ-EFI 2.0® TBI-Style Throttle Body allows any XFI 2.0™-equipped application with a 4150-style carb flange manifold to achieve the looks of EZ-EFI® while maintaining XFI™ power and versatility. The package includes the new EZ-EFI 2.0® throttle body, plus the connector & harness needed to hook up it to an EFI system. It is good for systems making up to 1,200 horsepower and flowing 1,150 CFM. It comes completely assembled with the harness installed. The customer only needs to wire up the mating end of the connector utilizing the included diagram. The FAST™ EZ-EFI 2.0® TBI-Style Throttle Body For XFI™ Applications includes eight 74 lb./hr. high-impedance injectors, along with TPS, IAC, IAT and one-bar MAP sensors. Users will have everything they need to make lots of horsepower and look good while doing so.

I am posting this in a new thread so it can be added to the FAQ section. It is instructions for testing the wiper motor out of the vehicle. I made up some jumper wires with spade terminals and/or alligator clips to make the hookups easier. Watch out for the rotating arm when you make the connections, it can wind the wires up pretty quickly…… The 2 speed wipers are about half way down.
——————————————————–

Q – How is the windshield wiper motor wired ? How can the circuit be tested ?

A – Single speed wipers were base equipment on most early 60’s GM vehicles. They have one (fused) power wire that is connected directly to the wiper motor. This wire is live whenever the ignition switch is on. A second wire connects the motor to the switch on the dash. When the wiper switch is turned on, it completes the circuit to ground (the dash). The single speed motor can be tested using the following procedure:

* Use a test light (or voltmeter) to check for power at the wiper motor. Do this with the ignition switch on (wiper switch can be on or off). No power at the motor is an indication of a bad fuse and/or wiring.

* Next, (with the ign switch still on) connect a jumper wire from the switch terminal on the motor to ground. That should cause the motor to run. If it doesn’t then the motor is probably faulty.

* Finally, the wiper switch can be tested with an ohmmeter or continuity tester. Also make sure that paint or corrosion isn’t keeping the switch housing from properly grounding to the dash.

Two speed wipers with washers were available as optional equipment on early 60’s GM vehicles. They became standard equipment in 1965 or 1966. This system still uses the same basic wiring principles as the single speed wipers. There is still a power wire that feeds the wiper motor whenever the ignition switch is on. Except now there are three wires going to the switch. The switch grounds one wire for high speed operation. Two wires are grounded for low speed operation. The third wire grounds the washer solenoid to activate the washers. Note that many ’75 and later vehicles used a small electric washer fluid pump mounted to the reservoir instead of the older wiper motor driven pump.

There are also 3 types of 2-speed wiper motors. One is a non-depressed park motor that is easily identified by its rectangular motor case. Another is a depressed park motor that has a round motor case attached to the gearbox at an angle. The third is a permanent magnet motor that has sort of a rounded 6-sided motor case. The diagram below illustrates the non-depressed park (rectangular case) motor. The washer has been omitted for clarity. The depressed park (round case) motor uses the same wiring concept except the terminals on the motor are arranged in a different order (3 Low, 2 Power, and 1 High). The permanent magnet motor (used primarily on 1978 & newer GM pick-up trucks) has separate terminals for the park switch and therefore uses a different wiring setup.

Testing the wiper motor independent of the switch: (in or out of the vehicle)

The depressed park and non-depressed park 2-speed wiper motors can be bench tested independent of the dash switch by making the following connections:

* Leaving the above connections in place, add an additional jumper wire between the #1 (High) and #3 (Low) terminal. #3 is the top terminal on both the rectangular and round motors. This should operate the motor at low speed.

* On the rectangular case motor, leave the jumper between terminals #1 and #3 but disconnect it from ground. That should cause the motor to run (at low speed) until it reaches its park position at which point it should stop.

* On the round case motor, leave terminal #3 grounded but unhook the ground jumper from terminal #1. That should cause the motor to run (at low speed) until it reaches its park position at which point it should stop.

If the motor operates normally in the above tests but not when installed on the vehicle then the problem is most likely in the switch or maybe the wiring. Also, the switch has to be grounded to the dash or the wiper will not work. Don’t forget to check the fuse. The switch can be tested with an ohmmeter.

If the motor stops immediately when switched off (doesn’t return to park position), first check the motor’s ground strap. Since the motor is mounted on rubber cushions, it’s grounded via a copper strap attached under one of the mounting screws. This is the ground for the park switch so the parking feature won’t operate if the ground strap is missing, dirty, or corroded. If the ground strap checks out okay but the motor still doesn’t go into park then the problem is most likely a worn out or dirty park switch. The park switch is located inside the motor’s gearbox so some disassembly is required to check/clean the switch. I recommend consulting a good repair manual for the motor disassembly procedure.